Koch Foundation, Inc. has announced the winners of the Robert L. Koch, Mary L. Koch and Louis J. Koch Scholarship Awards. This year the foundation awarded three scholarships, each in the amount of $16,000 to cover four years of attendance at an accredited college or university. 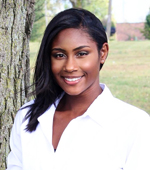 Jayana Hammonds, daughter of Tim Jones at Koch Air Indy, is this year’s recipient of the Robert L. Koch Award. While attending Carmel High School, Jayana served on the Carmel Mayor’s Youth Council and participated in the Rawls Scholar Medicine Initiative and the Eli Lilly DirectEmployers internship. Jayana has been selected as a 2019 Lilly Endowment Scholar. She plans to major in Public Health with a concentration in Epidemiology and minor in Neuroscience on a Pre-Medicine track at Indiana University. 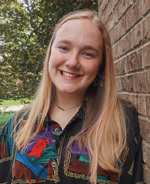 Emma Cusic, daughter of Dan Cusic at Koch Air Evansville, is this year’s recipient of the Mary L. Koch Award. At North High School, Emma was involved with varsity and travel volleyball, Teen Power and the Health Science Institute. Emma has been selected as an Indiana University-Purdue University Indianapolis (IUPUI) Chancellor’s Scholar. She plans to attend IUPUI in the fall in the School of Nursing to become a nurse practitioner or doctor. 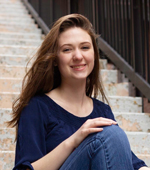 Emma Gallant, daughter of Josh Gallant at Brake Supply Evansville, is this year’s recipient of the Louis J. Koch Award. Throughout high school, Emma has been homeschooled through Abeka Academy. She is on the Chrysalis board and has served as secretary for her 4-H club for two years. She also served as the Prosecuting Attorney for Teen Court. As a recipient of the Indiana University Provost Scholarship, Emma plans to attend Indiana University in the fall as a pre-med student majoring in Biology with a Spanish minor. She hopes to pursue a doctorate in the field of Neuroscience.