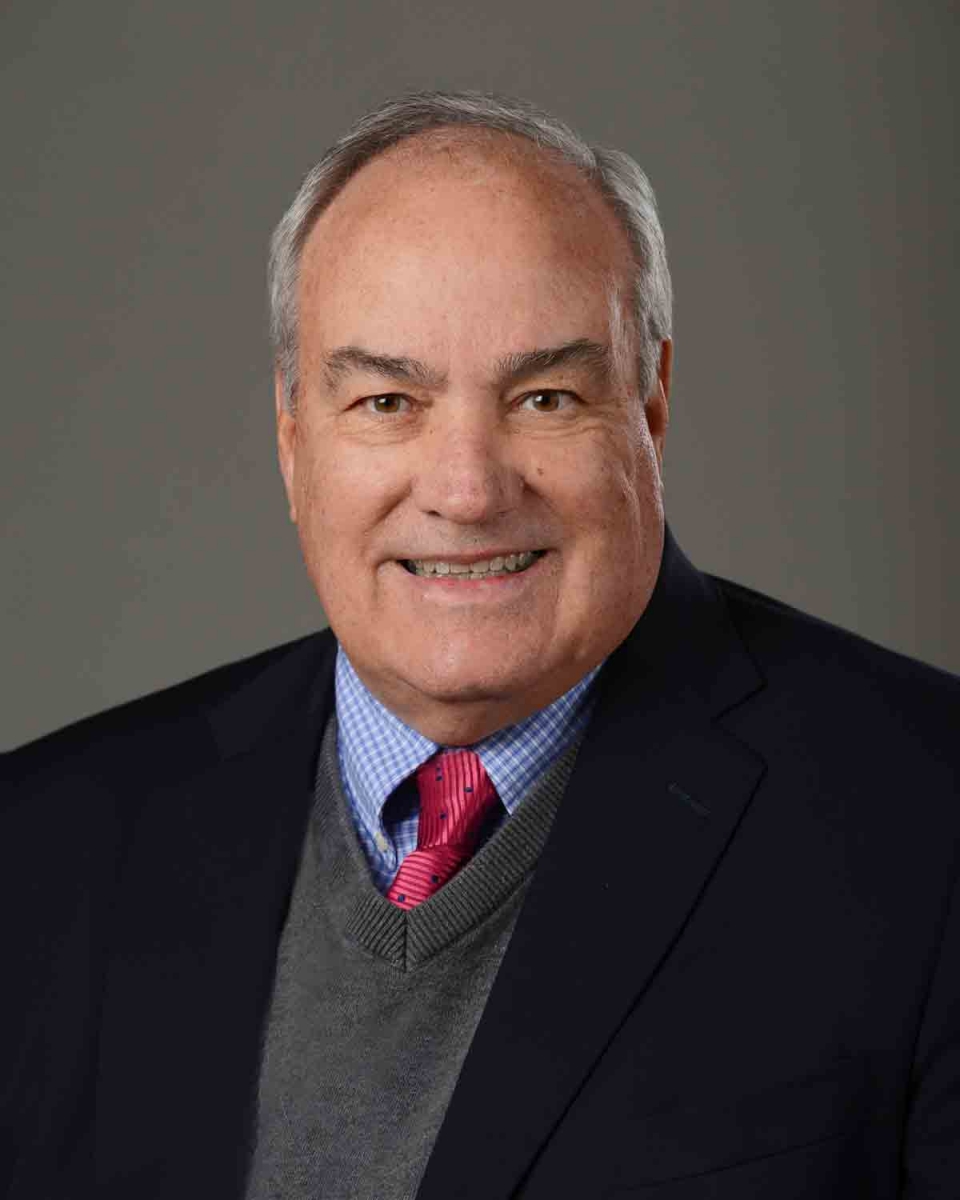 Alan Braun is Chairman Emeritus at ICI Skanska. ICI Skanska is positioned to offer Engineer-Procure-Construct (EPC) as a method of project delivery and is located in Evansville, IN.

Alan has had many successful business ventures including serving as Vice President of Professional Consultants, Inc., President of Industrial Equipment, Vice President of Tri-State Refractories, and General Partner in Braun Realty. He is also a past recipient of the UE Delta Sigma Pi Business Leader of the Year Award.

Alan was Chair of the University of Evansville's Board of Trustees in 2002 and has been a member of the UE Board since 1989. He has been a Director of Old National Bancorp and Old National Bank. Alan was a member of Vision-e and the Evansville Regional Business Committee. He has served as chair of the Deaconess Hospital Foundation and the Deaconess Service Corporation. He has also served as chairman of Junior Achievement of Southwestern Indiana and the United Way Fund Drive.

Alan earned a degree in Accounting from the University of Notre Dame. 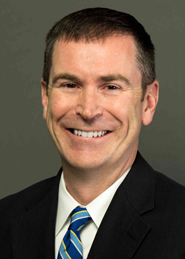 Steve Church is Vice President of Corporate Development and Strategy of Koch Enterprises.

Previously, Steve was president and chief executive officer of Gibbs Die Casting. Gibbs is a global aluminum and magnesium die casting partner that provides aluminum machined and assembled castings to the auto and non-auto markets. Before joining Gibbs, Steve was president of George Koch Sons. Prior to GKS, Steve practiced corporate and intellectual property law at Barnes & Thornburg.

Steve serves on Koch Enterprises Board of Directors. He is also a Director of Koch Air and the Koch Foundation.

Steve is active in the community by serving on the Board of the Juvenile Diabetes Research Foundation (JDRF). He is a former directors for Deaconess Health Systems and Evansville Chamber of Commerce. He is a past Parish Council President for Christ the King Catholic Church and a Brute Society Member.

Steve earned a Bachelor of Science in Electrical Engineering from the University of Evansville and a MBA from IU Kelly School of Business. He received his law degree from IU School of Law, is registered as a patent attorney and a member of the Indiana Bar Association. 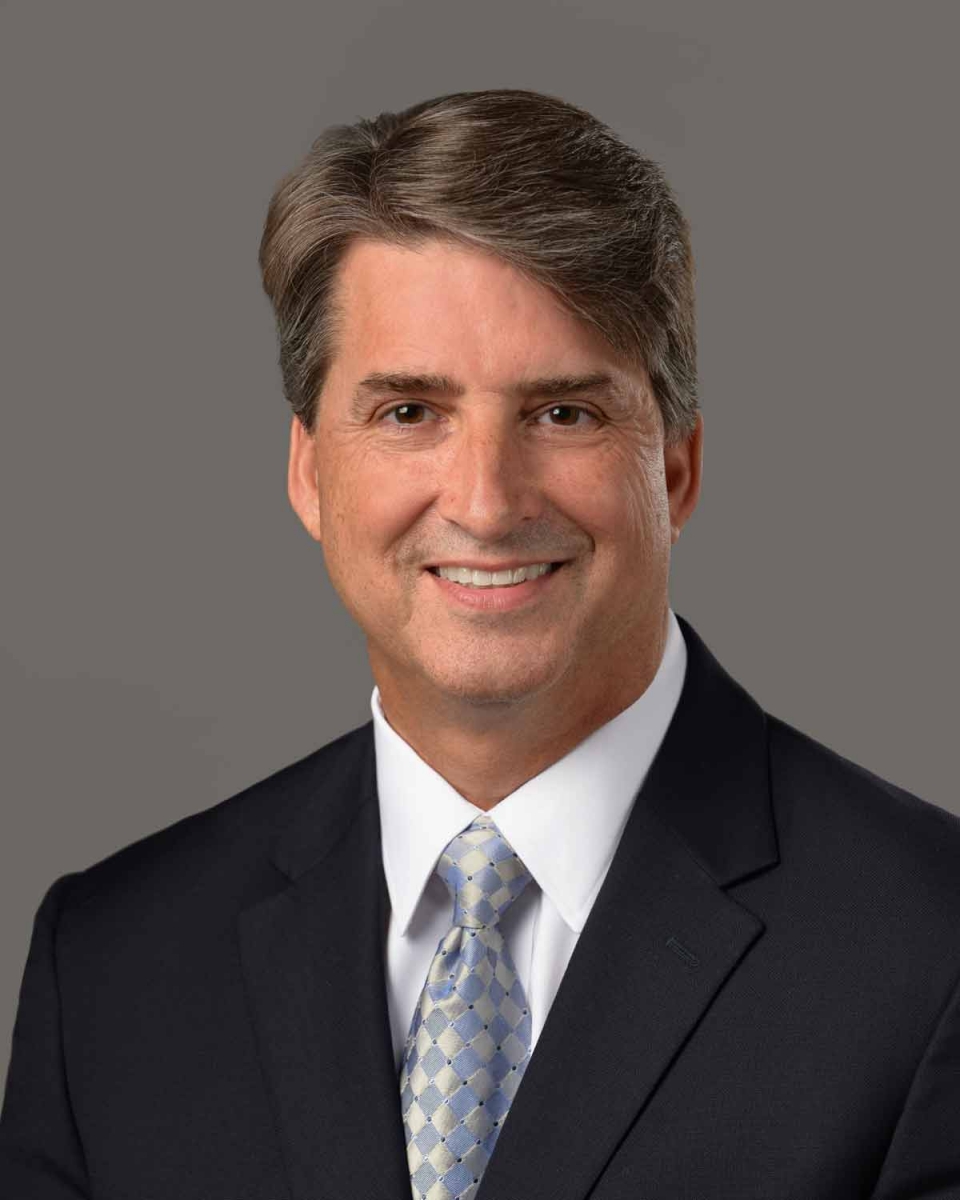 David Koch is President and Chief Executive Officer of Brake Supply Co. Brake Supply is a leading supplier of replacement parts in the heavy equipment industry headquartered in Evansville, Indiana.

Previously, he held positions as the VP of Residential Sales for Koch Air LLC, managing the Residential and Parts & Supplies and Marketing Teams from 2008 through 2011. Prior to Koch Air was the president of Comfort Financial Services, a retail and commercial financing company he started to serve the residential and commercial HVAC systems from 2003 through 2007. He served as branch manager at Koch Air Indianapolis for four years beginning in 1999. His other past experiences include: working as a marketing manager for Sunbeam Corporation and a financial analyst for Sensormatic in south Florida. David serves as a Director of Koch Enterprises, Brake Supply, Audubon Metals, Gibbs Die Casting and the Koch Foundation.

David graduated from Purdue University with a BSME and earned a MBA from IU Kelly School of Business. 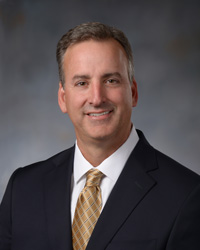 Kevin currently serves on for-profit company boards including Koch Enterprises and its subsidiaries and Jasper Holdings.

Kevin has served on many community boards including the Catholic Foundation, Koch Family Children’s Museum of Evansville and Economic Development Coalition of SW Indiana. He currently serves on boards of the Koch Foundation, Deaconess Health Systems and University of Evansville Board of Trustees. He is currently a member of YPO Bluegrass and Marshall Goldsmith 100 Coaches. Kevin served as the chair of the 2017 United Way of Southwestern Indiana campaign.

Kevin earned a Bachelor of Science degree in metallurgical engineering from the University of Notre Dame and a MBA from Indiana University.

Bob is a Director of the Koch Foundation.

He is past Chairman of the University of Evansville Trustees and the Indiana Chamber of Commerce. Bob is President of the Signature School, the first charter high school in Indiana. Bob is a past Director of Fifth Third Bancorp and Vectren Corporation in Evansville. In 1991, he received the Rotary Civic Award, and has honorary Doctoral degrees from Vincennes University and Ivy Tech State College. In 1998, he was recognized as the Ernst & Young Entrepreneur of the Year for Manufacturing in Indiana. 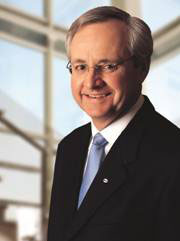 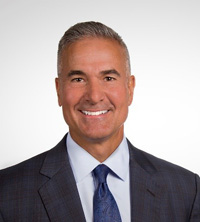 Tom Salmon is Chairman and Chief Executive Officer of Berry Global Group, Inc. Tom most recently served as the Company’s President and Chief Operating Officer. From November 2015 until October 2016, Tom was President of Berry’s Consumer Packaging Division. He previously served as President of Berry’s Rigid Closed Top Division since November 2014 and President of Berry’s Engineered Materials Division from 2003 until November 2014. Tom was General Manager for Honeywell Plastics for the two years prior thereto. He was the Global Sales Director for Allied Signal’s Engineering Plastics and Films business from 1999 to 2001. Prior to joining Honeywell/ Allied Signal, Tom held several positions at GE Plastics and GE Lighting, divisions within General Electric.

Tom serves on the board of directors of Evansville Regional Business Committee, Golf Gives Back, Koch Enterprises, Old National Bancorp, and Signature School. 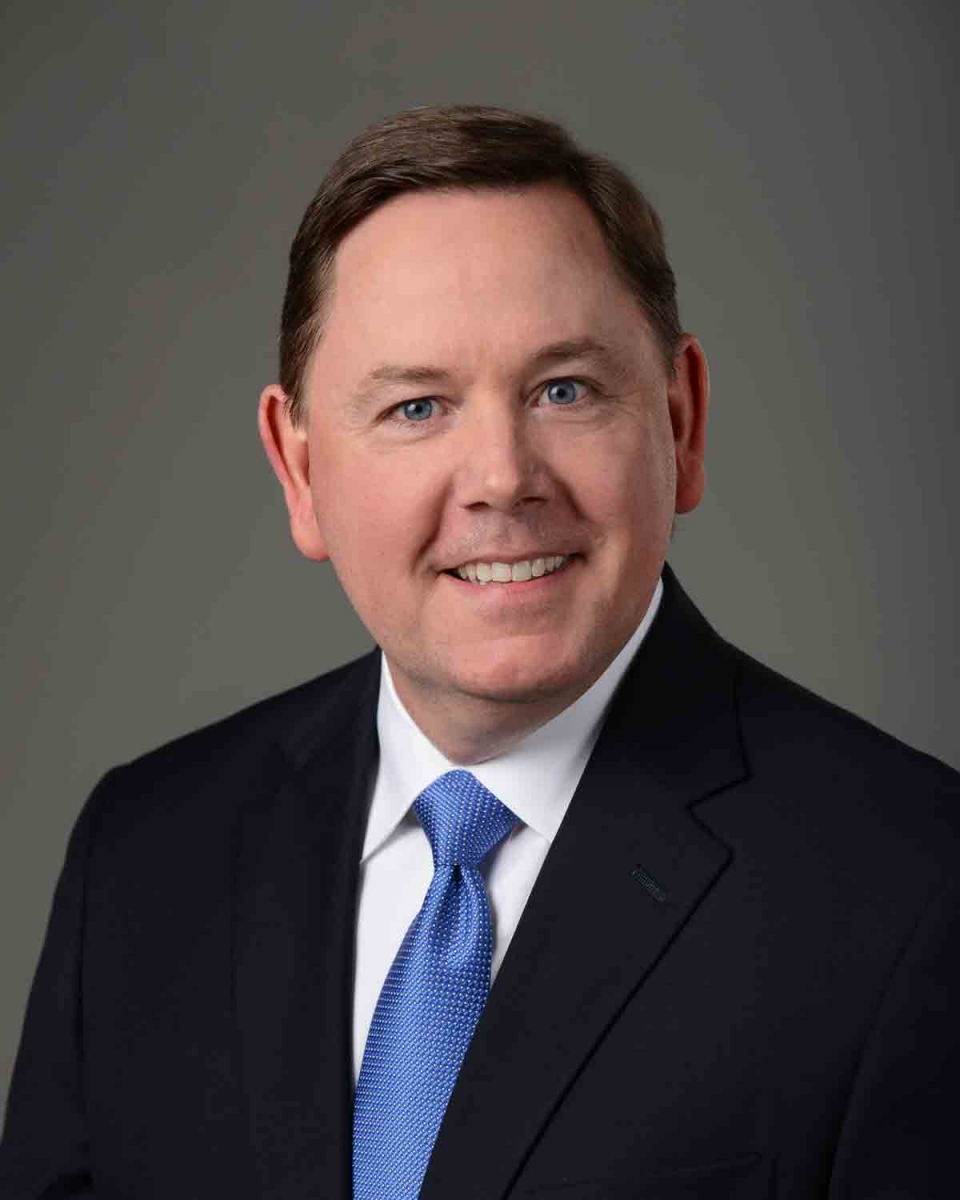 Brad Muehlbauer is President and Chief Executive Officer of Koch Air. Koch Air is among the 10th largest independent Carrier distributors in the U.S.

Previously, Brad served as Vice President of Operations for Koch Air, overseeing the company's seven branch locations. Prior to joining Koch Air, Brad held several management positions at Gibbs Die Casting and worked as a project manager at BP, and as a management consultant for KPMG.

Brad serves as a Director on the boards of Koch Air, Audubon Metals, Gibbs Die Casting, Koch Enterprises, the Koch Foundation, and the Fifth Third Bank Southern Indiana Advisory Board..

Brad has volunteered in the community over the years by serving on the boards of the EVSC Foundation, United Way of Southwestern Indiana, the Southwestern Indiana Chamber of Commerce, Easterseals Rehabilitation Center, Annunciation Parish Finance Council and School Board, and Tomorrow’s Workforce.

Brad earned a Bachelor of Science in Industrial Engineering from Purdue University and a MBA from the University of Michigan Ross School of Business. 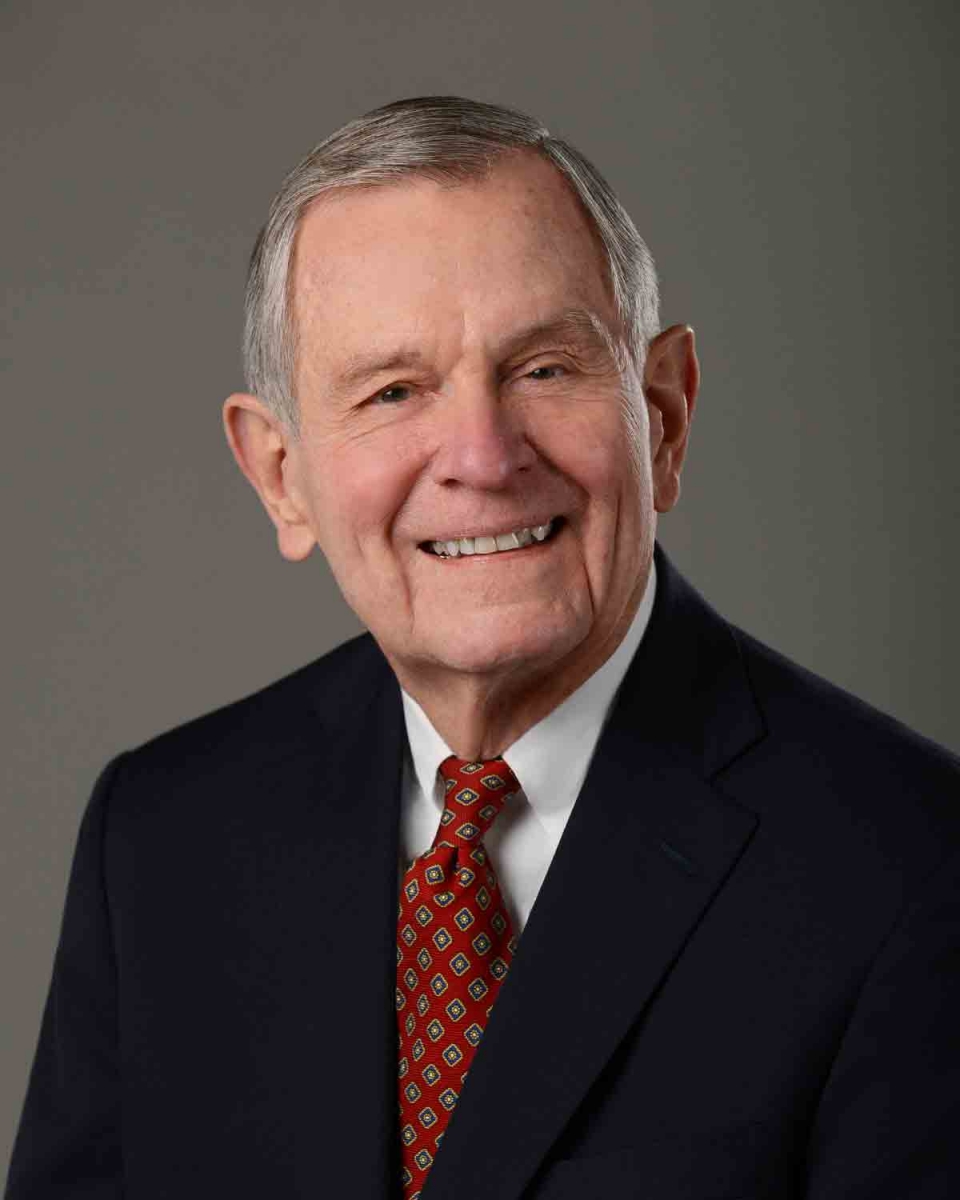 Jim is a member of the National Society of Professional Engineers, a member of the University of Southern Indiana School of Business Board of Advisors, the St. Meinrad Seminary Board of Overseers, the Catholic Diocese of Evansville Finance Council, the Welborn Baptist Foundation Board of Directors, and past Chairman of the Deaconess Health System and past President of the United Way of Southwestern Indiana. In 1991, he received the Purdue University Alumni Association Citizenship Award. In 2012 he was inducted into the Evansville Business Hall of Fame.

Jim earned a Bachelor of Science in Mechanical Engineering and a MS in Industrial Administration from Purdue University. 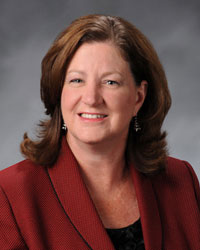 Susan is the Assistant Secretary and Assistant Treasurer for Brake Supply, George Koch Sons, Koch Air, Gibbs Die Casting and South Western Communications. She is Treasurer of the Koch Foundation.

Susan is a Certified Public Accountant, and graduated with honors from Purdue University with a BSIM. Professional associations in which Susan participates include: Institute of Management Accountants, Indiana Society of CPAs and AICPA.